The southernmost of the three Baltic States (the others being Estonia andLatvia‏‎) Lithuania is perched between three separate European cultures and offers a wealth of new cultures and experiences.

While slightly more challenging for finding work than its near neighbor, Estonia, Lithuania offers a rewarding stay for those who can successfully negotiate it.

To the north lie the Scandinavian countries, while to the west, the great Central European nations of Poland‏‎ and Germany‏‎ exert a tremendous historical influence on their smaller neighbor and to the east Russia‏‎. Lithuania itself was under the sway of Moscow from the time it was absorbed into the Soviet Union in 1940 until winning its independence again in 1990.

Today, Lithuania is a member of both the European Union‏‎ (though it is not in the Eurozone) and NATO, marking categorically the direction that it, as a modern state, is facing. Its economy has continued growing throughout the global financial crisis, and its non-participation in the euro experiment has meant it can afford to keep exports and tourist prices low which is an added bonus for English teachers spending time working in the country.

With a population of just under three million, over 80% of which are ethnic Lithuanians, and a thriving capital city, Vilnius, opportunities for English teaching in Lithuania are quite high. Having good qualifications though, as well as taking a professional approach, is highly recommended in what is a very competitive market. 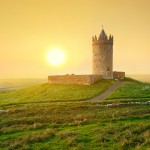 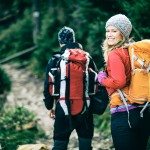