We empower our graduates to achieve their ambitions.

English Explorer in an Australian company found in 2005 that provides fully accredited educational services to the world. We created our online courses drawing upon the years of experience of Australia educators who have taught English to speakers of other languages overseas. We regularly visit language schools throughout the world, to ensure that our courses produce successful TESOL graduates.

Harry Clements-Shepherd is a highly commended Senior Australian Teacher. He has long been a forerunner in the areas of student centred discovery learning and outcomes education, his work as well as leadership has been recognised by the Curriculum Council of Western Australia, The Centre for Excellence in Teaching (WA) and the Commonwealth Government of Australia.

When Harry was Director of Information and Communication Technology in a private boys’ school, students under his tutelage were among the foremost in Western Australia each year, gaining accolades from the Curriculum Council that placed them in the state’s top 0.05 per cent.

In 2001 Harry was awarded the highest accolade of the Western Australian Professional ICT Teachers Association as their ICT Educator of the Year. This was later eclipsed by the ultimate honour of being named the Australian Computer Societies’ as well as the Australian Council for Computers in Education, Australian National ICT Educator of the Year for 2002. In 2003 Harry left regular employment to launch English Explorer Pty Ltd as his full time focus on education and to put his skills in ICT to work for the benefit of learners globally.

Harry ‘strayed’ into teaching from the livestock finance industry in the late seventies. His career in agriculture had began earlier, firstly milking cows on a family dairy farm, then horse breaking in the far north of Western Australia. At the time of his departure from major livestock broker Wesfarmers, he had been a senior livestock salesman and senior auctioneer as well having previously been a Regional Finance Manager with Dalgety Australia. He joined TAFE in Albany to lecture in the Rural Studies Department, then discovered computers and the rest is history.

In 2000 he was invited to present his findings on “Motivating Reluctant Learners” to the World Conference for Computers in Education held in Copenhagen. His work on the motivation of teenage boys has attracted widespread attention along with a Commonwealth of Australia Doctoral research scholarship and a Doctoral scholarship from the University of Notre Dame Australia. 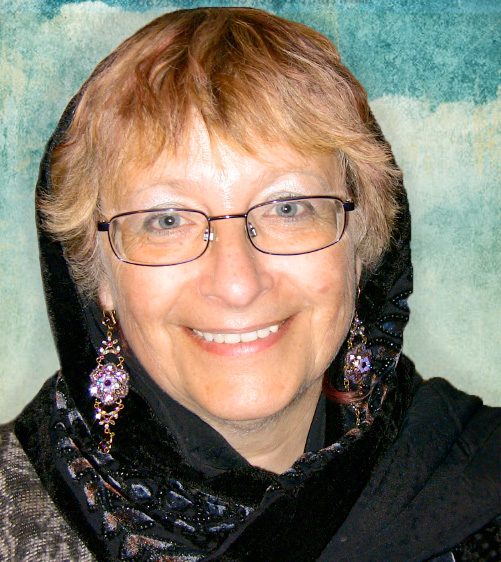 Helen was born and educated in London. She qualified as a teacher in the UK and taught English for 3 years in Wolverhampton. She moved to Perth, Western Australia 1973 and then completed a degree in Psychology at Murdoch University. Helen has taught in Perth in various government high schools, initially as a remedial reading expert. She then spent two years coordinating a ‘street kid’ programme which aimed to support and better the lives of Perth’s severest alienated youth.

Employed at the same government high school since 1989, Helen had the responsibility for the coordinating and running of a programme for alienated students for seventeen years. The “Off Campus” programme was recognized as a highly successful model which engaged students who had been excluded from normal education. With a grant attached to her NEITA award of 1995 (National Excellence In Teaching Award) she travelled to Australia’s major cities to observe and participate in similar programmes. This grant also stretched to a visit to the USA where Helen was privileged to speak at Universities and schools as well as work with professionals such as Dr George Sugai in Eugene Oregon a renowned educationalist in the area of student behaviour.

In 2007 Helen joined the Middle School (students aged 12-14) team as both English teacher and teacher responsible for Indigenous Literacy and Numeracy. She was also chairperson of her school’s Professional Development committee which provided Professional Learning for a staff of 70.

Over the past eight years she has coordinated conferences in Sydney and Melbourne and run education networks and meetings for her religious organisation, where she is also on the National Executive committee. Over the past twenty years she has enrolled and engaged in various courses of personal and professional development. These have included advanced ICT courses, “First Steps” in English and Mathematics, and “Stepping Out” a whole school literacy strategy initiative. Helen constantly keeps abreast of new educational initiatives.

An avid reader and traveler who is proficient [written and spoken] in three modern languages apart from English, Helen has always shown an interest in global education which enhances her role in English Explorer as Academic Director.

The Ethical And Green Foundation. www.ethicalandgreen.org

English Explorer established Ethical and Green Foundation to provide English and TESOL training courses to developing countries and communities. The foundation is based on the principle of Tikkun Olam: meaning that we have a responsibility to improve the world around us.

In 2012 we provided the means for Les Village, in an impoverished corner of Bali, Indonesia to build a Junior Secondary school using parent labour. Previously, schooling for those children that could afford it finished at primary level. Our involvement in Bali is ongoing, updates are posted on our E&G website linked above.

Unlock a life changing experience
for just $50 per month!