Rich in history, Jordan is most widely recognized for the preserved ancient ruins of Petra, or the “rose-red city.” Once under the control of the British Empire, the nation celebrated its independence in 1946. Today, the Kingdom of Jordan continues to hold strong ties to the United Kingdom, but also to the United States, as an ally in the Middle East. Globally connected, Jordan aims to produce a bilingual society, and needs the teachers to do so!

Jordan is an attractive destination for those wishing to take a break from other, less liberal, Arab nations. The main tourist attraction is the ancient site at Petra. English is spoken quite widely but opportunities are out there, whether at a language centre, university or with the British Council. Salaries are generally low although certain employers such as the British Council pay well. Experience is essential and many employers require at least two years. The majority of the work is in Amman but you may find occasional openings in smaller towns. 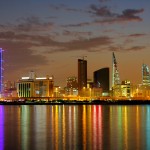