A TESOL Teacher in China ( part 2 ….ongoing each month )

part 2 from Nigel in China……

Many of Chinese cultures and traditions are ingrained on the nations souls and it’s important to respect that. Many Western countries have ‘lost’ a lot of their old ‘traditional values’, but maybe that is because our society is forever changing and evolving?

China is also changing and evolving, but it seems to be at a much slower pace than what we have experienced living in the west.

Political correctness has taken a firm hold on all of the western nations and I guess most of us would agree that it’s out-of-control and no-one knows how to stop it – it’s become a ‘cancer’.

China, so far, does not have the ‘P.C Brigade’ checking society’s every move and sticking its nose into our business every day, but that is not necessarily always good – at least not in MY humble opinion.

I grew up in the late 1960’s and 1970’s when corporal punishment was ‘normal behaviour’ for teachers to use on their students. I would be the first person to say “It never did me any harm” but that doesn’t mean that it was wrong for the authorities to take it away.

Kids in schools today (in western countries as well as in China) can be very difficult to discipline, and while China doesn’t have corporal punishment in the same way we had it during MY school days, (six-of-the-best across your backside with a cane), it’s perfectly legal for a teacher to give a student a ‘clip-round-the-ear’ – albeit not nice to see!

Parents spend hundreds of thousands on their kids education and usually a threat (from their Chinese head teacher) to make a call to their parents is enough to bring them back ‘in line’ for a while.

A recent study showed that in general, despite their behaviour, Chinese students are generally better-behaved than western students. Perhaps that’s because western kids know that there is pretty much NOTHING the school can do if they misbehave – apart from expulsion from the school – but that is not usually enough to encourage them to behave well.

China may be the second most powerful nation on the planet, but it’s also way behind the west in many ways, ways that I sometimes find AWESOME !

Its buildings, modern architecture, state-of-the-art products and the most fantastic public transport network are often mind-blowing, but the culture and ‘daily-life’ can sometimes lead to bewilderment, to say the least.

I’ll give you a couple of examples….

Sitting in a small cafe eating my lunch one day, I witnessed the cafe owner beating his 10-year old son with a broom handle. They were outside on the street as passers-by just ignored it as part of ‘normal life’. Half of me wanted to go outside and take the broom off him, but the other half told me that if Chinese people didn’t intervene, then maybe I shouldn’t consider it either.

Although this kind of behaviour was common in 1970’s Britain, it’s something I had long forgotten and the sight literally made me feel sick……but a few days later I saw them in the street holding hands and behaving like best mates !

Walking through the fresh food markets you’ll be transported back in time to the days when I wandered through them (in England) holding my Granny’s hand…..

Fresh fruit and vegetables are cheap and in abundance, but it’s the little butchers stalls that will amaze you….

Lumps of meat, uncovered, sitting on a wooden table while the stall owner cuts off your required amount whilst holding a cigarette in his mouth with 2 inches of ash hanging on for dear life – just like it was back in the ‘good-old-days’…..After he weighs it, he washes it in clean water and throws it into a little plastic bag before taking (literally) a couple of bucks off you.

Takes a while, but you DO get used to it – I have never been ‘sick’ yet, and nor have any of my friends or colleagues so don’t let it worry you.

The ‘P.C Brigade’ have not yet got their ‘claws’ into Chinese society, and for me, it will be a sad day if they ever do!

Although I have been to China some 50 times since 2009, I have never actually LIVED here until now. I’ve lived here for 8 months and it’s taken me that long to get used to Chinese daily life!

It’s an awesome place to live and work, but it’s not the same as what we have been used to in countries such as Australia and the UK.

For me at least, the ‘good’ things far outweigh the ‘bad’ things and  I see it as my responsibility writing these articles, to try my best to paint a ‘clear picture’ of what potential teachers can expect to see when they come here to work….

Till next time, when we’ll take a look at the pro’s and cons of teaching English in Kindergartens, Language Centres, Schools and Universities…. 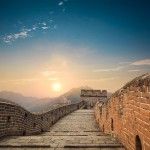 A TESOL Teacher in China (part 1 ) 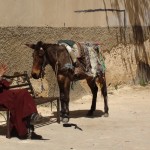