Tales from a Travelling TESOL Teacher…….Nepal

TESOL really is Your Ticket to Travel….Speak English? then get TESOL and Travel to Teach English

TESOL Teaching in Nepal. Yes there is plenty of work. Pay is enough to live on if you follow a local diet and self cater. People are friendly and hospitable, children are, as anywhere, gratifying to be with. The down side is that as an Australian with a strong aversion to being cold I would not contemplate being here in winter. Spring during our time there was minus temperatures beginning mid afternoon through to mid morning of the following day. Houses have no provision for any sort of heating, locals make small fires in the street and huddle around [eleven deaths had occurred so far this year from involuntary immolation ] power runs around three hours per day—or not and this is in the countries capital. The other H was here years ago and when one looks back yes things have changed, for the worse! The politics of the country are a total shambles, and our impression was that now that the Maoist party have a place in government, they are working towards a bloodless coup, by allowing a total breakdown of infrastructure and then inviting the Chinese to come in. 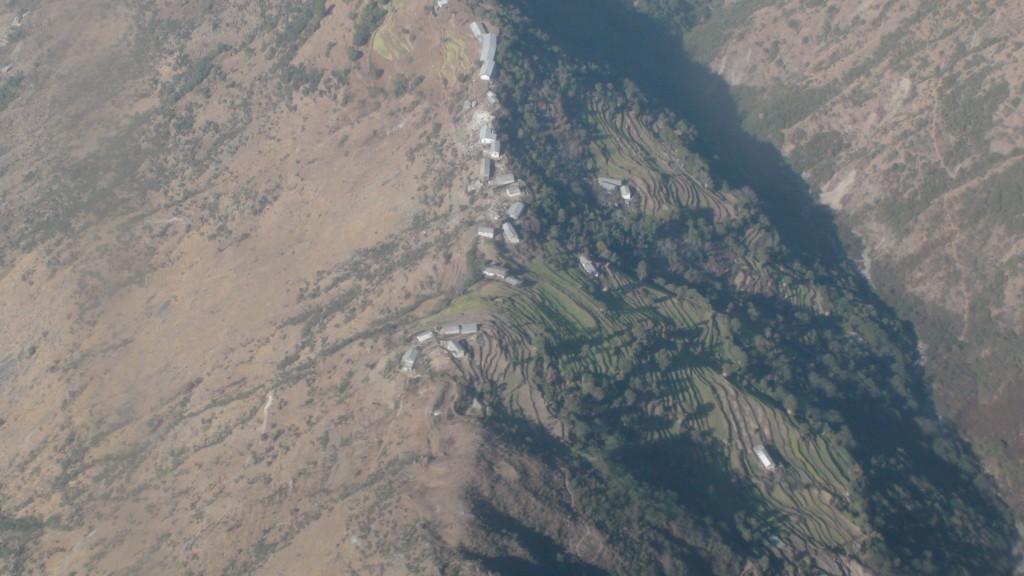 We have moved from extreme Australian summer temperatures to below zero at night almost overnight, needing extra blankets and eiderdowns to be comfortable. We sleep in our thermals and depending on whether or not there is power wear them non stop for several days. I had forgotten just how much of a third world country Nepal is. No such thing as 24 hour electricity. Nor power at the touch of a switch ! But wait I jump and need to regale you with our very first adventure. Our flight to Nepal was via Colombo and Delhi and all was fine for a while. At Colombo airport in transit, a duty free lounge somewhat lacking in anticipated luxuries, ( my speak for not much in the way of shopping) but giving plenty of opportunity for people watching. There was one group of mainly men, bare footed, very swarthy and hirsute, wearing black over shirts and black sarongs who particularly caught my eye. Christmas decorations everywhere. The holding pen for us after going through security was also a tad lacking in facilities or information. But it was on the flight from Sri Lanka to Delhi that H called a red alert. We were overnighting in Delhi before catching our next flight BUT we only held single entry visas and of course didn’t want to blow those on an overnight when our trip includes some time in India. So sleep in the airport on the floor somewhere? Stay overnight in the airport transit hotel and cancel our overnight stay outside of the airport or ??? Well of course we also had luggage to claim. So in a holding pen for problem travelers in what was probably the original airport terminal, cold and draughty, uncomfortable seating and certainly not conducive to spending a night. And an interminable wait. We thought the problem simple someone needed to claim our luggage from air Sri Lanka and then take it across to Spice Jet ready for our next flight. 5 minutes in Delhi seems to mean anything between 15 and 40. So we waited patiently. I was patient H was getting grumpier by the minute in direct correlation to how much colder we were. Paperwork had to be explained and re explained. After about 3.5 hours matter solved, our luggage was received by Spice Jet and they were able to describe it to me. Security next, and then through the main airport which was bright and cheerful, beautifully light and such a contrast to where we had spent the previous few hours. Soft comfortable bed in an inflated priced transit hotel, some sleep and ready for the next and final leg of this journey. Fantastic views from the plane of snow capped mountains and then finally Kathmandu. Visa on arrival provided insight into Nepal’s beaurocracy. 4 officials to sort each person’s visa, one to take the money, one to staple the photo onto the form, one to process the visa and one to check the processor, there was more time spent marvelling at H’s height than visa processing. I have always wanted to be met at an airport by a man in an official uniform holding up my name. No such luck here. In fact we couldn’t even find anyone that had round eyes and an expectant look for two tired travellers. Private driver Ajay Lama to the rescue and the initiator of our first Nepali grand adventure. [ We did eventually catch up with our contacts here and had a very pleasant evening with them planning our time.] Picture if you will a day trip that takes you beyond the city, with 2 men you don’t know, in an old Toyota front wheel drive car. This had all the makings of an international sensation. “Teachers starving and hypothermic found abandoned in Himalayas”. “Teachers from Australia fail to meet their contacts in Kathmandu, fears for safety”. “Teachers bodies found by the side of a mountain road”. The headlines could have been quite dramatic…..and on reflection no one knew where we were, where we were going, what time to expect us back, yes so stupid, but so easy to become relaxed with the native Nepalese. Food for later thought and self recrimination . But I am jumping ahead…. Our “rescue from the airport driver” offered to take us with him next day to his village. An adventurous offer we couldn’t decline. He was amazingly obliging and kind, but at the end of the drive up the mountain my jaw and face were aching from being so tightly clenched for so long. The roads here in Nepal are not good to start with, but this road was like a bumper car ride plus roller coaster plus the worst fair ground ride you can imagine. We would not even countenance such a drive even with a four wheel drive. In places we even had to get out and fill the largest potholes with extra rocks to ensure that the vehicle didn’t get bogged in the loose sand and dirt. H was on shpilkins and I kept remembering the stories of Sobraj that abounded last time I was here. Finally we arrived at his village. His family were most hospitable and made us a very tasty meal. But we were keen not to leave too late for the perilous downward journey. We wanted to be sure that the drive home was achieved in day light and that Ajay didn’t drink too much local ” medicine” …….yes all finished up OK and the experience was amazing at all sorts of levels. Should we have gone, definitely, but with much more care about personal safety and who knows where you are going, with whom and when expected back. 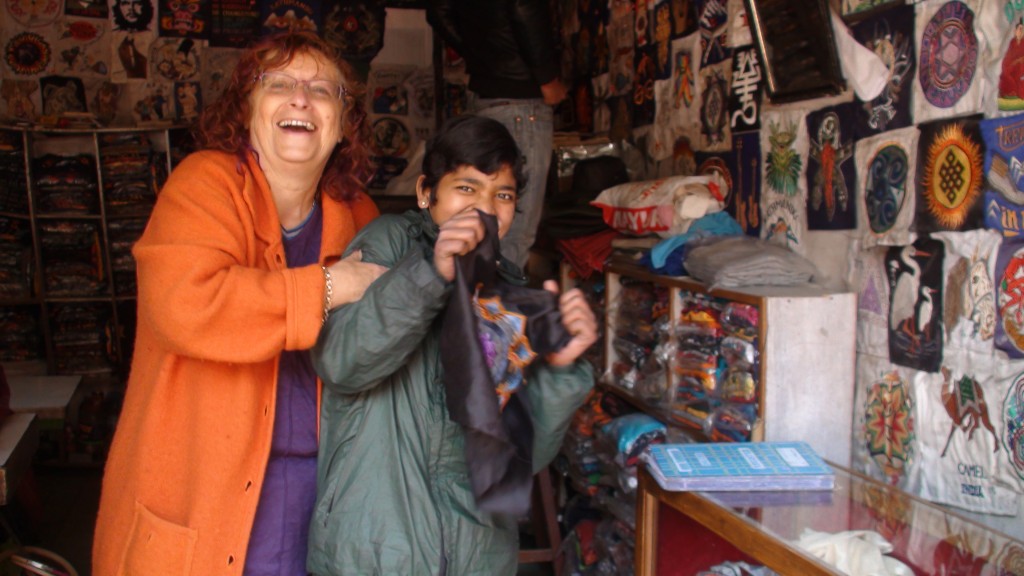 What IS TESOL and Who is English Explorer?