India has long captured Western imagination since its days as a crossroads for trade on the Silk Road. Exotic food, spices, and fabric brought from India became precious luxury items. Under the East India Trade Company, India became a commonwealth of the British Empire, which increased the need for the local inhabitants to learn English for business purposes. Books from Frances Hodgson Burnett’s The Secret Garden and A Little Princess, to Libba Bray’s Gemma Doyle trilogy told the stories of young British people living abroad in India, and the recent film “Slumdog Millionaire” took Western viewers on a wild romp through India on a young man’s quest for love and a better life.

Even in the ultra-modern cities such as Mumbai, New Delhi and Bangalore, modern architecture and technology exists side-by-side ancient temples to gods such as Kali and Ganesh and rugged, colorful street markets. In terms of geography, India is just as diverse, from the Himalayan Mountains to the Thar Desert.

India crams so much diversity in what has become the world’s largest subcontinent. While still a developing country that strives to catch up to the United States, Europe, and Asia in many ways, India has a booming world economy, and possesses an incredibly rich history and culture, as well as a willingness to embrace a position on the world stage. India remains a nexus point for religion, where four of the world’s major religions- Hinduism, Jainism, Sikhism, and Buddhism- were founded, as well as for information technology and a thriving movie industry called Bollywood. English is the country’s second official language, after Hindi.

Because of this, India has become a popular solution for American information technology companies and customer service providers to outsource labor. While English may be the language of choice for businesses, the funding to provide conversational English in schools is lacking. If a prospective English teacher is patient, it is certainly possible to find paid and unpaid opportunities to teach English in India.

Due to the low demand for English Teachers there can be a great deal of competition for the few positions that are out there. It is recommended to obtain a TESOL certification in order to better distinguish you from other competitors. 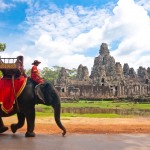 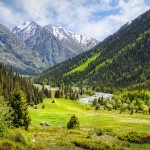